Turn In Your Neighbor Bill

With the failure of the mental health, gun, knife, hammer and car laws to prevent the Isla Vista tragedies, the usual suspects have proposed additional laws that are breathtaking in their negation of Constitutional Rights. US Senators Feinstein and Boxer, as well as state politicians, are proposing "Pause for Safety Acts" in order to easily strip the Rights from law-abiding citizens. 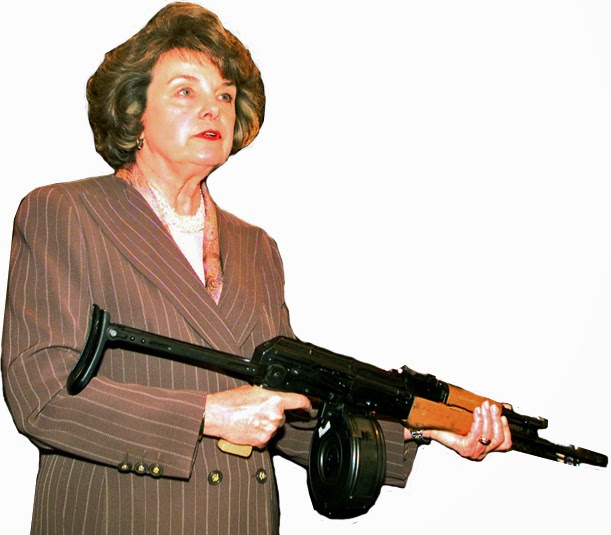 These bills would allow families and ”others” to get a gun-violence restraining order against an allegedly unstable person. There would be no requirement for a professional determination of a mental illness. The judicial order would require the surrender of all weapons (knives and BB guns included) to the police for an undeterminant (read: permanent) period. It would also prohibit the purchase of any firearm. States would be “incentivized” through grants to “ensure that law enforcement makes full use of all existing gun registries when assessing a tip, warning or request from a concerned family member or other close associate.”  It would pay the state to act upon every allegation, regardless of merit. A state official, after reviewing internet traffic, could be the accuser; a nice, tidy package.

The threat to individual liberties is blatantly obvious. Anger a coworker, annoy a neighbor, worry a hypersensitive relative, question a government bureaucrat? The next step might well be the courtroom. And just who will determine what behaviors are suspicious? Here in Cali, a man was held for psychiatric evaluation partly because he had an "insane" amount of ammunition: 5,000 rounds. In our world, that's a good day at a gun show. And we've had really good days before. Dang those deals on .22LR; wish I had been more "insane".

Backers state that the proposed law would work like the existing domestic violence restraining orders. That is NOT a good precedence, as unfounded allegations of domestic and child abuse have become the standard tools of divorce attorneys. A judge's Order of Protection is all but a certainty, regardless of the evidence or the lack of same. There is little protection for the accused; a perjury charge for false allegations is almost unknown. Similar abuses could be expected for gun restraining orders.

If you value your freedoms, don’t want to be subject to a J’accuse! from any direction, or put at the mercy of an increasingly politicized legal system and judiciary, these bills should be opposed NOW!
Posted by Charlie Foxtrot at 2:38 PM