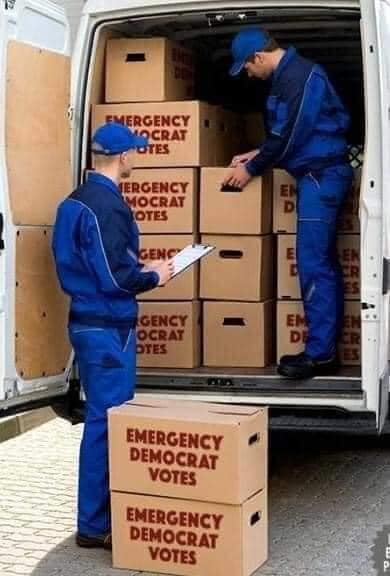 Email ThisBlogThis!Share to TwitterShare to FacebookShare to Pinterest
Labels: Elections

That's the most click-bait title I've ever written, but I believe it's justified. It certainly is the scariest thing I've read in quite a while.

Before we get to that, apologies to our readers for the extended absence. The past year-ish has been crazy and eventful, some good, some not-so-much. But we're in good health, surviving the COVID-19 "worst pandemic EVAR!!!", and staying the Hell away from Portland as much as possible. All in all, doing much better than a lot of folks.

If you've been checking in regularly for new content, thank you for your patience, and again, sorry for the wait.

In any case, back to the topic at hand: Oregon has some pretty nasty wildfires burning right now.

It's all the local news is talking about (even COVID is yesterday's news), but there are two aspects they're not mentioning.

One is the air quality from all the smoke and ash. It's bad:

The other is the scary part: the cause of the wildfires. They're not occurring naturally.

A series of wildfires in Washington, Oregon, and California are now being considered arson – and sources tell Law Enforcement Today that they may be part of a “coordinated attack”.  Law enforcement throughout the west coast is reportedly being put on alert to look out for “opportunists” and those who may have more sinister motives.

Nobody has said what those "more sinister motives" might be, nor any speculation about the political affiliations of the suspects. However, the timeline is most or all of the wildfires in the first image have started in the past week or so.

I have a loose theory, but it'll take a bit to explain. Bear with me.

If you want to travel from the coast or Willamette Valley to Central and Eastern Oregon, there are five main passes over the Cascade Mountains:

From top to bottom:

Observe that the first two go through or near Portland, while the last three avoid it.

As of yesterday (sorry, no closure map available), OR-22 was closed due to wildfires. The towns of Gates, Mill City, Detroit, Idhana, and a few others were burning. Some sections are still closed today.

Parts of OR-20 were also closed for a while, but those fires were brought under control.

A middle aged man with tattoos was determined to set fire at the state park in Dexter, Oregon.  On Wednesday, September 9,2020 firefighters arrived to someone attempting to start fires at the Dexter State Recreation Area, an Oregon State Park. The park is along Highway 58. This is one of the few places people can travel in Oregon and not deal too heavily with fire.

Here's my tin-foil-hat theory. The fires -- particularly the ones along the highways -- look like a coordinated effort to do one or both of two things: Keep people boxed in the valley in their homes, and/or prevent help from coming in from Central and Eastern Oregon.

Central and Eastern Oregon are mostly rural, conservative counties, a.k.a. "Trump country". If Oregon has anything like the "Cajun Navy" that helped evacuate Louisianans after Hurricane Katrina, it would come from there.

With the highways closed, any travel over the Cascades would have to route through the Portland area -- dangerously close to Antifa's seat of power and influence.

All in all, it seems a good way to force a confrontation between Antifa shock troops and unorganized "militia" groups coming in to help during an emergency. That such groups would be subject to Portland's stricter gun laws while in the area is only a bonus.

But I'm #JustABlogger, not a "real journalist", so what the Hell do I know?

Stay safe out there.

Posted by Archer at 8:00 PM No comments: